Synopsis: Frank Asmas and Salim are traveling together on the dusty roads of Indian hinterland. Frank is a Danish engineer, Salim a Muslim taxi driver. Their journey will reveal itself to be full of mishaps and inconveniences. Both, belonging to two completely different worlds, encounter difficulties in communication and mutual comprehension. From this discordant situation arises a revelation for Frank. 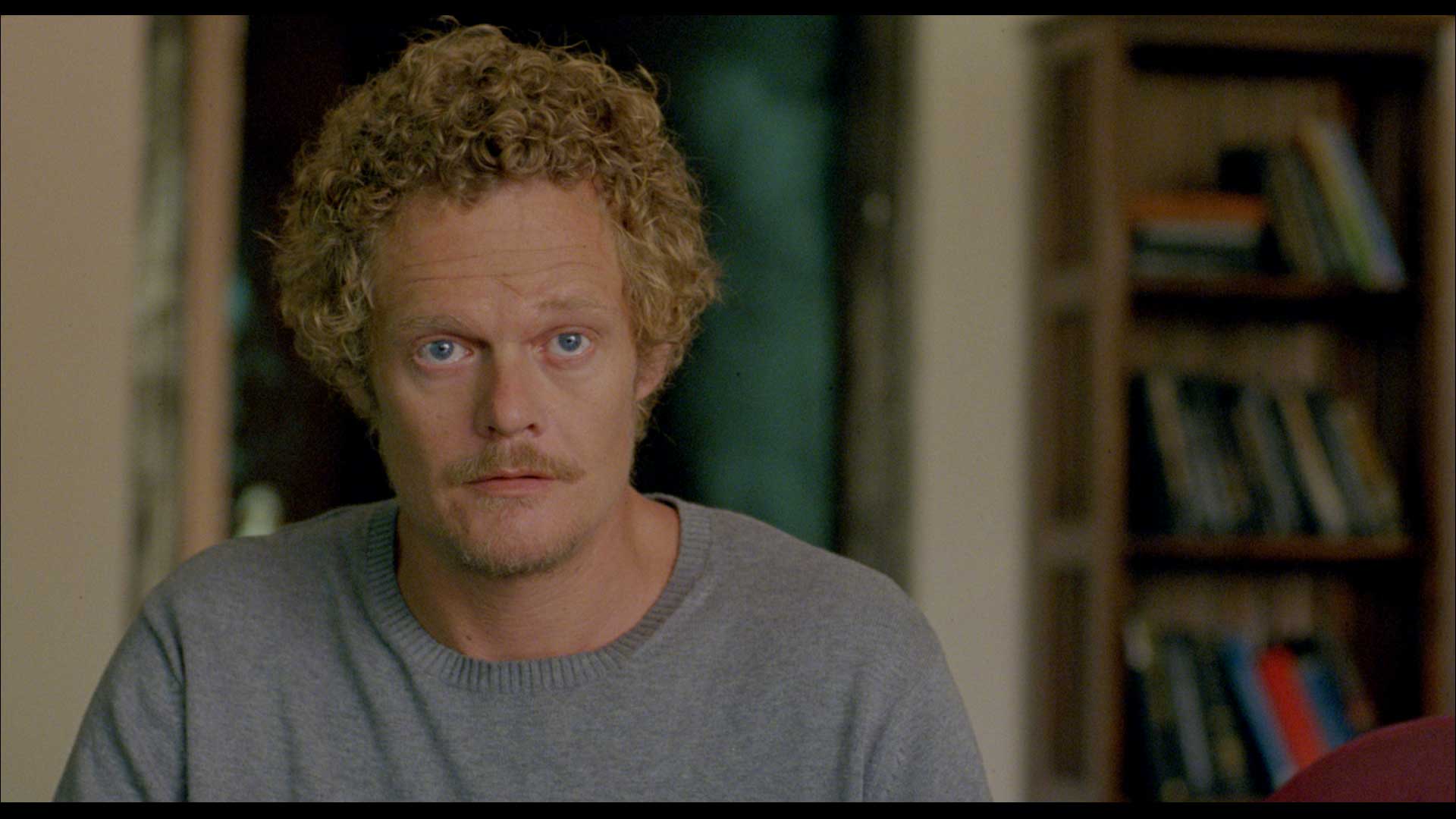 Director Statement: Allah is Great is a short Road Movie, a simple story, in which I wanted to capture the essence of the 6 years I spent in the Indian subcontinent. In particular, it is an attempt to showcase the absolute faith in humanity and optimism towards life, which I witnessed in this fabulous country.

The film is also a subtle reflection on the role of Islam in the contemporary world.  It is an artistic attempt to give a decisive response to the growing Islamophobia and intolerance we witness today. Allah is Great has been presented in over 20 film festivals worldwide and has won 6 awards across Europe and Asia. 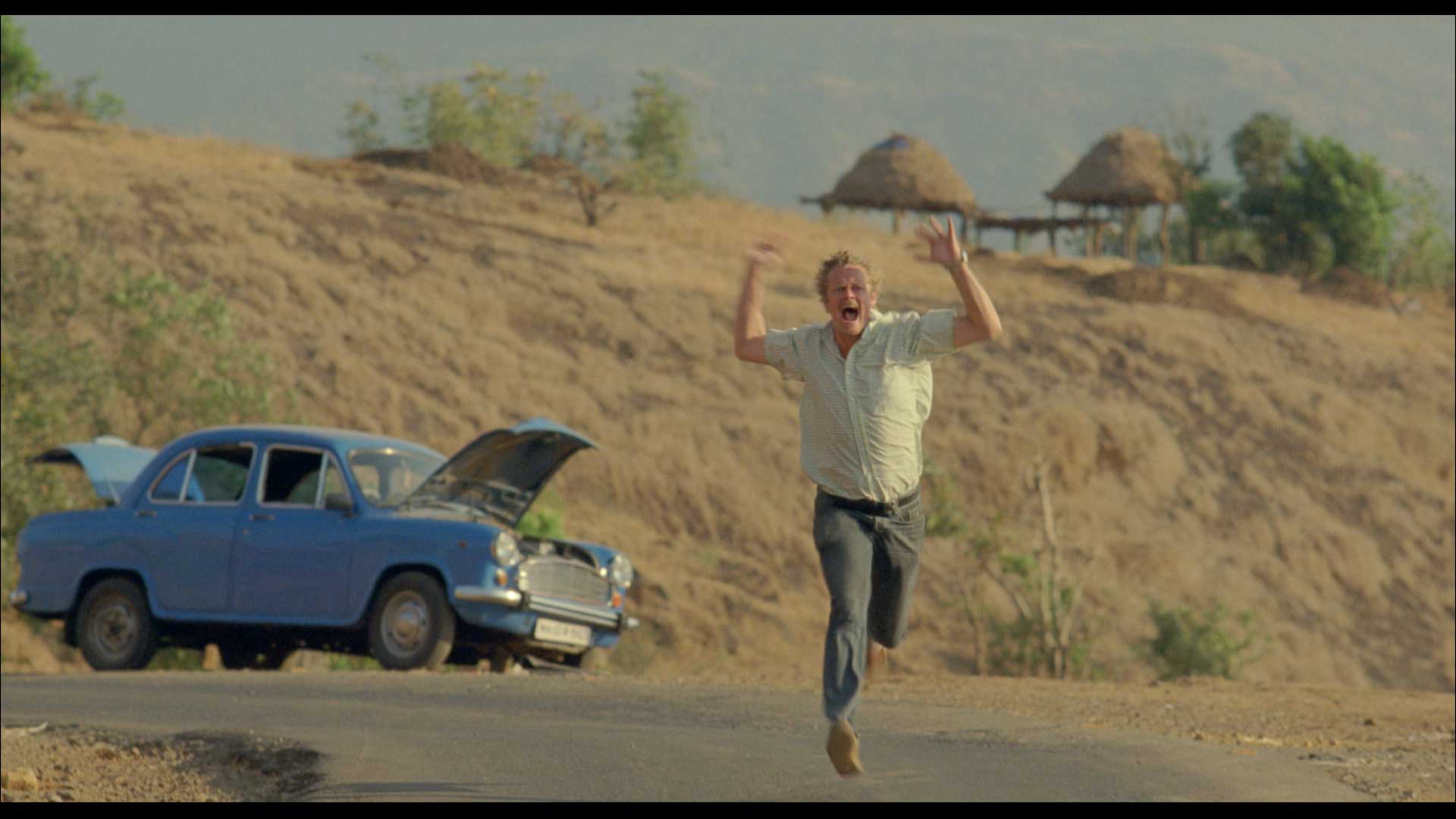 Mentoring, script and direction for the video production of “Amina”, a film aimed at raising awareness about FGM survivors who currently live in Germany. The script and production was completed alongside the CHANGE Agents and Champions from the project CHANGE PLUS, who also acted in the film. The project has been produced by the German foundation Stiftung Hilfe Mit Plan, Hamburg and Terre Des Femmes, Berlin and co-founded by the European Union’s Rights, Equality and Citizenship Programme.

A project by AIDOS – Italian Association for Women in Development consisting in two trainings (Senegal and Kenya) on how to produce audio documentaries on FGM/C, involving journalists and media officers from 6 African countries, in the framework of the project “Abandoning FGM/C on FM!”, supported by the UNFPA-UNICEF Joint Program on FGM/C.

Berlin, when the winters were still cold. Sophia (a “Berliner”) and Nicola (Italian) are in their bedroom looking at each other. Nicola tells his girlfriend what happened in the cinema.

After watching a film with friends, he forgets his scarf inside the cinema. He immediately goes back to get it, but the doors are already closed. Nicola tries to convince the cinema manager Mr. Özgür (German with Turkish migration background) that it’s too cold outside to go back home without his scarf, but the cinema has very strict security rules: no one is allowed inside after the centralized light system has been switched off and the doors have been locked. Nicola tries to convince Mr. Özgür to open, but the cinema manager firmly sticks to the rules. There is no way out of the conflict: Nicola vs. the mighty German “Nein”. Of course Nicola loses! Freezing his neck off, he has to go home without his scarf and has to return the next day to collect it.

While Sophia starts making fun of her boyfriend’s incapacity to adapt to the hostile nordic environment, Nicola enters a dangerous mental loop and he is troubled by deep philosophical questions. Which were the real reasons behind Mr. Özgür’s stubborn behavior? Was it mere grumpiness? A lack of empathy towards the “foreigner”? Or did he maybe want to demonstrate, with a meticulous compliance with the rules, his being even more German than the Germans? Moreover, should safety regulations really be more important than a simple but human gesture: returning a scarf to a person who feels cold? And last but not least: will he ever regain his scarf?

Based on a true story, DER SCHAL is a 25 min. long European comedy about the everyday reality of different cultures living together in metropole like Berlin.

With a simple based-on-true-events story-plot , the idea is to portray the new pluricultural social reality which can be found today in some area of Europe, especially in big cities. The “thinning” of boarders have favourite the movement throughout the Union: individuals, friends, families, couples with different cultural background live together, speak different languages, creating de facto a sort of meta-national society.

It is the case of Sophia and Nicola, the protagonists of the film. They are a couple who perceive itself as European more than a German-Italian one and on top of their mother-tongues they communicate in European english, the only truly neutral territory between the two.

But this process of “shifting of identity” and “crossing the borders”  is not without obstacles. Difference in culture are still evident, and can bring to frictions, clashes or misunderstandings. Residuals of the old national-cultur-based-paradigma are still strong and suddenly re-emerge in those moments in which one has difficulties in understanding “the other”.

DER SCHAL is  a dramatic, humorous and happy comedy which underlie the meaning of small gestures. With this film I want to show how important it is to admit one own mistakes and sometimes simply take life with a touch of irony and laugh about oneself and : only if we remain open and we are willing to see the world from the perspective of others, we can keep alive our hope to live in a good society.

DER SCHAL is produced by Controcorrentefilms by Laura Weber. The project has been selected at the Short Comedy Pitch program of Torino Short Film Market 2020 and won the Short Comedy Award Prize granted by IDM Südtirol /Alto Adige Film Commission.

THE SCARF_Pitch Video from andrea iannetta on Vimeo.

An ongoing project to follow the journey of a young Berlin based start-up: Matterway (formerly Productive Mobile). The project started in 2016 to develop a video diary by recording, archiving and documenting their daily operations and progress. Studies show that only 10% of all start-ups achieve success. Will the company be one of them? 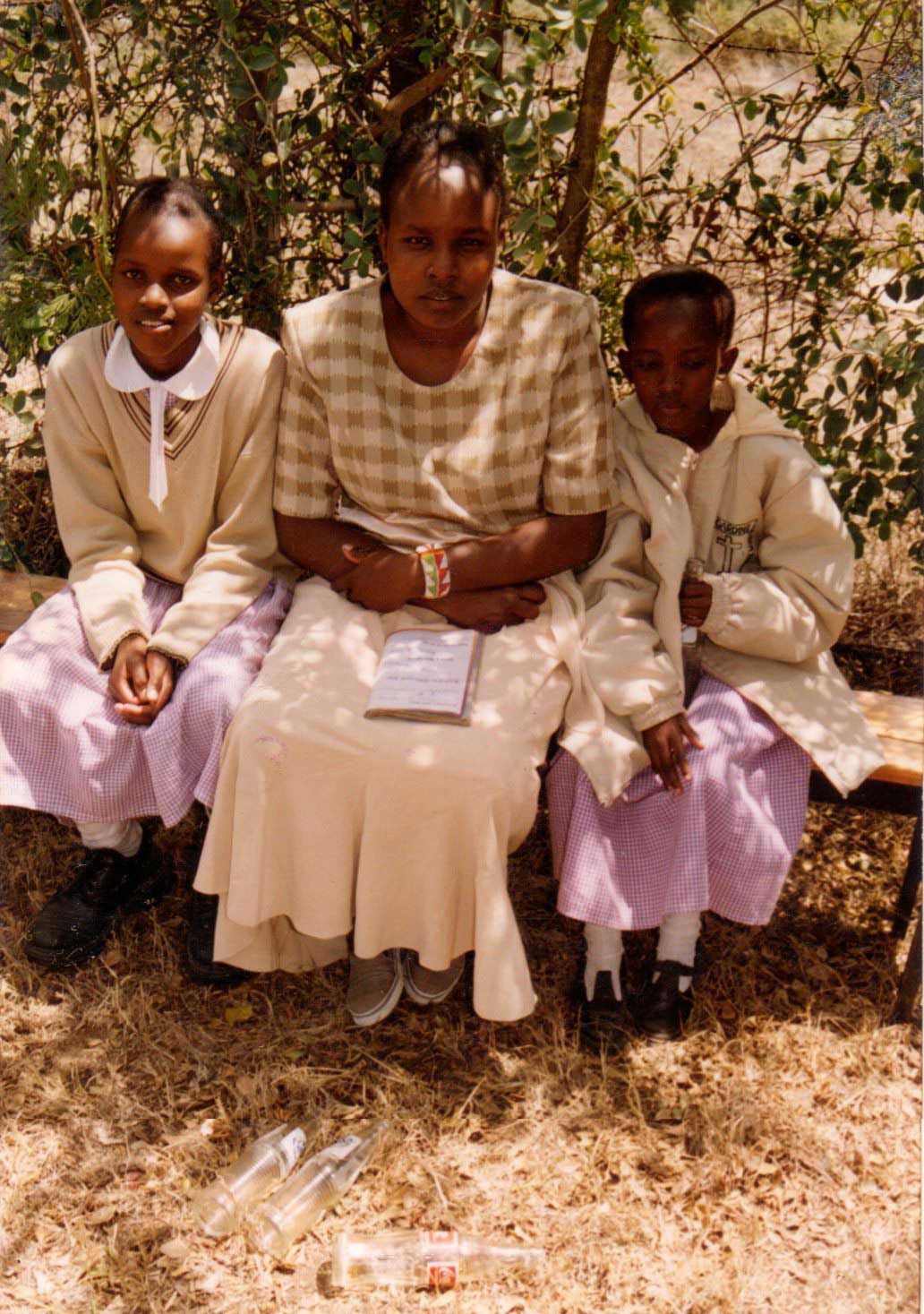 – 1st Prize (Le Poulain d’Or) in the short documentary competition at FESPACO Film Festival 2019 (Burkina Faso) FESPACO count as one of the most important Film Festival and a leading cultural event in Africa.       LINK

Direction and production of the video “Gewaltfrei und Gleich” for TERRE DES FEMMES, BERLIN, focusing on domestic and sexual violence in Germany.

Set in the backdrop of middle-class Indian society, Avantika, a young Indian girl, develops an intimate relationship with Julia, a young American painter, who is temporarily visiting India. Despite mutual attraction, there is a meandering ambiguity in their relationship. The film depicts the complexities of a relationship between two women, coming from different cultural background. The shadows are not only visible, but also psychological: repressed desires reemerge in the form of dreams and they materializes as art.

Living far away from one’s homeland in an unfamiliar culture, can be an alienating, even a demoralizing experience. The frustration can often provoke unexpected, sometimes violent reactions. Andreas Di Giovanni, a young German filmmaker who is currently in India, finds himself in a perplexing situation and is overcome with a violent instinct. But in the world of “Maya” nothing is certain. Did something really happen or was it all an illusion? 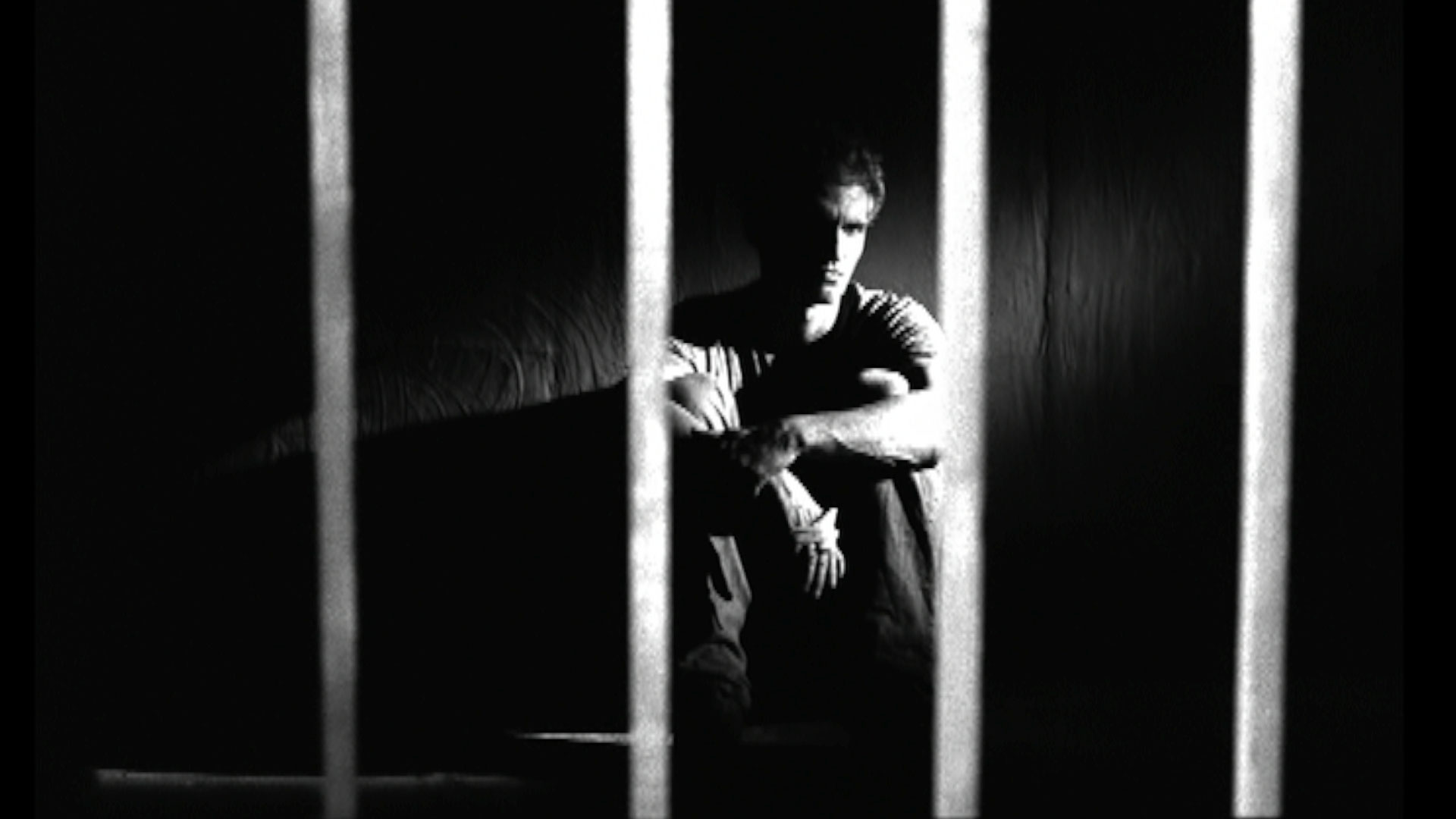